Address
A nice place near Venice

Hours
During my spare time

This may be a good place to introduce yourself and your site or include some credits. 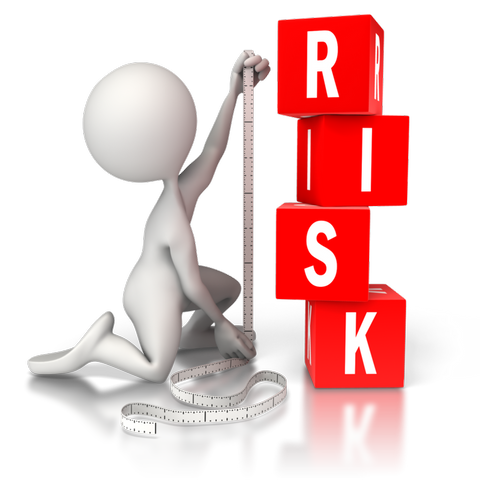 In the previous post I told you how it is possible through a model to describe the platform risk of a p2p investment.  I modeled the return of a p2p platform as the product of a Poisson variable that is 0 or 1 times the value of a normal variable that represents the real performance of the platform.  The return was modeled as the result of a normal random variable with an average value of 10% and a 2% variance.  Why a normal distribution? because Central Limit Theorem. Mean and variance have been calculated empirically.

I created the model with excel and generated 5000 simulations using 4 platforms or 100 platforms. Her the results

The first thing that initially surprised me is that increasing the number of platforms reduces both the minimum and maximum returns. Intuitively the explanation derives from the fact that increasing the number of platforms increases the probability that at least one goes into default. If the probability of default is 10% with 100 platforms almost every year, one of these will default.
With 4 platforms it could happen that in five years none goes into default (maximum return). With 100 platforms this has never happened. Of course in the case of a defalt the damage is low if we have 100 p2p platform.

In this simulation the probability distribution is as follows. In 83% of the cases the return was greater than -10%  and only  46% had a positive return. I would say a very risky investment

Surprising the result with 100 p2p platforms

All the simulations had a return higher than -10% (great!) and 99% greater than -5% (wow). However, the probability of having a positive return is less. WHAT?  Adding p2p platforms reduces variance and returns are all close to the average value. Which in this case is negative.

This result were shocking for me. I always thought that increasing the number of platforms decreased the risk of a negative return. This is not true. Let’s see what happens if we reduce the probability of default to 5%

In this case things are much better. I have a slightly negative minimum return Even in this case positive average

As I expected the performance in the case of 100 platforms is very close to the average. In the case of 4 platforms it is distributed in a less uniform way both downwards and upwards.

Conclusions
Increasing the number of p2p platforms brings the results closer to the average return. There are fewer deviations and the yield is more easily predictable. So diversification is important but it is an insufficient weapon to defend ourselves from all risks. It is very important that the platform risk is low and that loan originators are reliable. This is why I believe that p2p platform like Mintos (reliable and market leader) should have a significant percentage in all portfolios

We use cookies to ensure that we give you the best experience on our website. If you continue to use this site we will assume that you are happy with it.OkNo
Revoke cookies